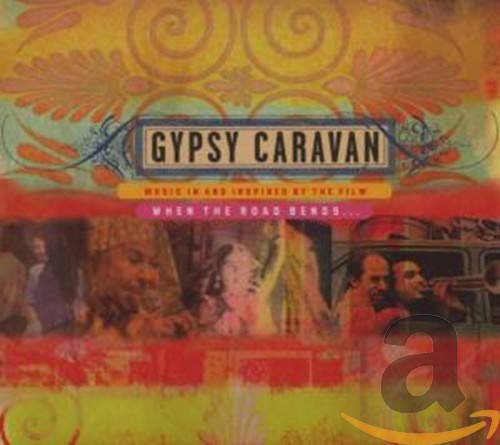 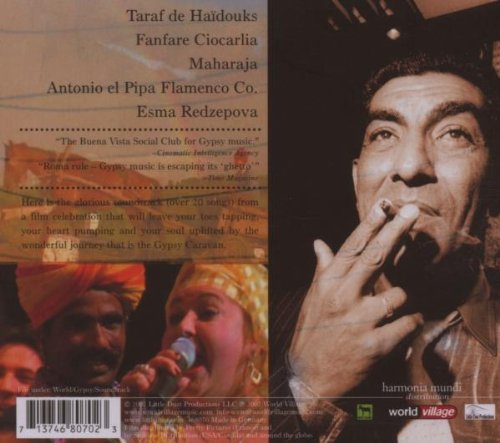 In 2001, five Roma (the correct term for the people known as “Gypsies”) ensembles joined forces for a never-to-be-forgotten road trip called “The Gypsy Caravan Tour.” Fortunately, filmmaker Jasmine Dellal (American Gypsy) and her crew, which included Albert Maysles of Gimme Shelter fame, rode shotgun, and the result was an astonishingly intimate and revealing documentary. Members of Maharaja (Rajasthan, India), Antonio el Pipa’s Flamenco Ensemble (Andalucía, Spain), Esma Redzepova & The Stevo Teodosievski Ensemble (Macedonia), Fanfare Ciocarlia (Romania), and Taraf De Haïdouks (Romania) were captured on and offstage as they gradually coalesced into a mutually appreciative team. Featuring interviews with band members plus enlightening comments from actor Johnny Depp, a longtime devotee of Roma music and culture, Gypsy Caravan was a hit at several pre-release festivals. It will certainly come to be recognized, along with The Last Waltz, Woodstock and The Buena Vista Social Club, as one of the greatest concert films ever made. The accompanying album includes electrifying tracks recorded during the course of the movie, plus bonus highlights. Lovingly produced by Brian Cullman, the set is a sonic “you are there.” The musicians’ feverish need to make music is thrillingly palpable; it saturates every second of their lives, whether they are playing before sold-out houses, at home with friends and family, or in transit between gigs. —Christina Roden